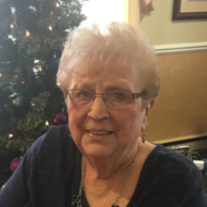 Ptak Funeral Home Barbara A. Savage Obit with Picture 815 223 0172 Barbara A. Savage 78 of Peru. Died 11:14 AM January 14, 2016 in St Margaret’s Hospital. Memorial Service will be Sunday at 3:30 PM in Ptak Funeral Home. Cremation rites have been accorded. Private burial will be at Peru city cemetery at a later date. Memorial visitation will be Sunday from 1:00- 3:30 PM in the funeral home. Barbara was born April 6, 1937 in La Salle to Bernard and Mary (Kurtz) Sepaniak .She married Robert G. Savage January 17, 1959 at St Valentine Church. Barbara worked for La Salle National Bank for 50 Years. She also served on City of Peru Planning Commission for many years. Barbara was a member of St Valentine Church. Barbara is survived by 4 daughters Susan Savage of Tallahassee, FL., Stacey Savage of Oswego, IL. Sondra (Mike) Gahan of Castle Pines, Co. and Sara (Bill) Harrigan of Batavia, IL. 9 Grandchildren and 1 brother Dr. Michael J. (Avalyn) Sepaniak of Knoxville, TN. She was preceded in death by her husband in 2012 and 1 brother Bernard. Online condolences and remembrances may be shared at PtakFH.com
To order memorial trees or send flowers to the family in memory of Barbara A. Savage, please visit our flower store.