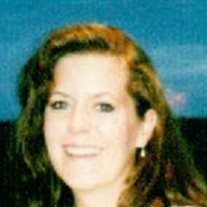 Bridget Kay Ernat 48 of La Salle .Died at 11:30 PM July 13 in her home. Services will be 7:00 PM Thursday in the Ptak Funeral Home. Abbot Philip Davey O.S.B. will officiate. Cremation rites will take place after the services. Private burial will be at St Mary cemetery in Evergreen Park, IL at a later date. Visitation will be Thursday in the funeral home from 4-7 PM. Bridget was born May 25, 1966 in Jacksonville, NC to Robert and Roberta (Martin) Barnes MD. She was a Real Estate Appraiser. She is survived b y he mother Roberta “Bobbi” (Jerry) Affelt of La Salle. Her father Don Kay of Indianapolis, IN., 3 Sons Martin B. McNamara of La Salle, Connor McNamara of La Salle and Aiden Ernat of Ladd. 1 Brother Robert Kay of Kauai. 1 Sister Shannon (Dave) Bartley of Peru. Nephews David and Nathan Bartley and her former husband Gary Ernat of Ladd. She was preceded in death by her father Robert Barnes, Martin J. McNamara the father of Martin and Connor and her grandparents.
To order memorial trees or send flowers to the family in memory of Bridget Kay Ernat, please visit our flower store.