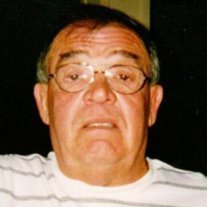 Ptak funeral Home 815 223 0172 Charles E. “Honey Bear” Benvenutti 75 of Peru. Died 3:55 pm march 27 in IVCH Peru. Services will be 7:00 PM Wednesday in Ptak Funeral Home. Rev Betty Delgado will officiate. Burial will be private at a later date. Visitation will be Wednesday from 5-7 PM in the funeral home. He was born October 28, 1937 in Spring Valley to Eugene “Gino” and Ann (Cheisi) Benvenutti. He married Shirley Tadych February 2, 1963 in St Valentine Church. He was a letter carrier in Peru for the United States Postal Service for over 25 years. He also bartended at the Peru Eagle’s Club and the La Salle Elks Club for many years. He was a member of the Peru Eagle’s Club and the La Salle Elks Club. He is survived by 2 daughters Lisa (Rich) Moore of Oglesby and Sue (Tim) Sheedy of Clovis, CA. 7 Grandchildren and 3 Great Grandchildren. His former wife Shirley (Tom) Ciesielski of La Salle and 1 sister Beverly Barnhart of Tulsa, OK He was preceded in death by his parents.
To order memorial trees or send flowers to the family in memory of Charles E. Benvenutti, please visit our flower store.