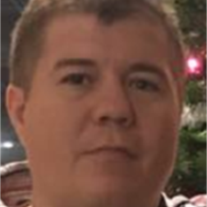 Danny “Gene Gene” French, 42 of Dalzell passed June 5, 2017, at his home in the company of his fiancé Julie and his Doberman Mae Belle. Danny is no longer in pain and is finally at peace. Funeral Services will be Saturday 2:00 PM at Ptak Funeral Home. Burial will be private. Cremation rites will be accorded. Visitation will be Saturday from 11-2 PM at the funeral home. Danny was born December 10, 1974, in Princeton, IL to Kenneth E. and Donna (Erchul) French. Danny attended Princeton High School but was a better pool and poker player than a student. Danny began dating Julie on April 20, 1993. He was her best friend and everything and she was his. Together they built a life full of love, dogs, and craziness with Danny often suggesting that their lives would make a great reality tv show. Danny was constantly making everyone laugh with his antics and overall goofiness. Although hot tempered at times, anyone who knew Danny knew he had a heart of gold and would give anything he had to anyone who needed it. Danny was a huge fan of the Cubs, Bulls, and Blackhawks. He loved watching sports on tv, playing poker, shooting pool, taking trips to Las Vegas, betting on horse races, buying stuff he didn’t need, playing with his dogs and spending time with Julie and his family. He was extremely close to his brothers, nephew Devin, sister Donna Jean and his parents, talking to them daily on the phone or visiting with them in person. Danny’s sudden and untimely passing has left Julie and his family devastated. He was a larger than life character whose absence has created a whole in their hearts that will never be filled. Danny worked at Walmart Distribution in Spring Valley until injuring his back in 2002. Danny is survived by his fiancé and love of 24 years Julie Ajster, his parents, his sister Donna Jean (Richard) Craig, his brothers John (Sarah) French and Kenneth (Amber) French his nephew and best friend Devin Borostowski, his uncle Bill (Ann) Peck, his nieces; Katie, Addie, Angel, Brooklynn,Alyssa and his Doberman Mae Belle. He was preceded in death by his Doberman Lulu Belle and his grandparents.
To order memorial trees or send flowers to the family in memory of Danny E. "Gene-Gene" French, please visit our flower store.