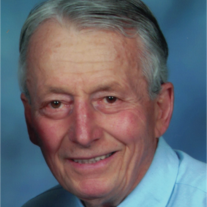 Duane R. Casey 84 of Mark. Died June 16,2016 in his home. Memorial Visitation will be Tuesday June 28, 2016 from 5-7 PM in Ptak Funeral Home with a 5:00 PM Prayer service. Cremation rites have been accorded. Duane was born March 10, 1932 in Rockford to John and Lena (Giacoletto) Casey. He married Shelby Jean Schicke May 15, 1972 in Peru. Duane was a Navy Veteran serving during the Korean War from 1952-1955. Duane was an Ironworker with Ironworkers Local #444 up till his retirement. He was an avid sports fan and dog lover. Duane was a 1950 graduate of Hall Township High School. Survivors include his son Jim Casey of Naperville. 2 sisters Bernadette (Robert) Eckberg of Dakota City, Iowa and Cynthia (Gary) Johnson of Rice Lake, Wisconsin. Duane was preceded in death by his Wife in 2013. In lieu of flowers memorials may be directed to Illinois Valley Animal Rescue.
To order memorial trees or send flowers to the family in memory of Duane R. Casey, please visit our flower store.