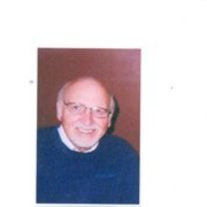 Duane F. Quiram 76 of Princeton. Died at 4:10 pm September 19, 2013 in his home. Mass of Christian Burial will be 10:00 am Monday September 23 in St Louis Catholic Church. Fr. Jeffery Stirniman will officiate. Burial will follow at Oakland Cemetery. Visitation will be Sunday from 3-7 pm in Norberg Memorial Home. The rosary will be recited at 7:00 pm Ptak Funeral Home is assisting the family with the arrangements. Duane was born on the family farm in Lacon, IL, September 27, 1936 to Duane A. and Lorene (Thierer) Quiram. He married Patricia Rohman May 10, 1958 in St Mary’s Catholic Church in Metamora. Duane Graduated from Lowpoint-Washburn High School in 1954 where he held the Basketball scoring record until it was broken in 2011. He graduated from Bradley University in 1958 with BA in Business. He then worked for Spurgeon’s Mercantile Co. for 35 years. He and his family moved to Princeton in 1964. He was manger of the Spurgeon Store in Princeton until 1979 when he was promoted to Superintendent of over 30 stores. In 1993 Spurgeon’s closed. Duane then went to work as a Real Estate agent, working in that capacity until August 2013. He was currently working for Success Realty of Princeton since 1996. Duane was a member of St Louis Catholic Church and the Elks Club of Princeton. Duane was a member of the Princeton Fire Dept. from 1969-1979. Five of those years were as assistant fire chief. He also served as Commissioner of Public Health and Safety for the City of Princeton from 1979-1995. Duane along with other business men of Princeton was instrumental in starting the Pork Days Weekend which later became Homestead Weekend. He was also very active in the Chamber of Commerce. Survivors include his wife Patricia of Princeton. Two Sons Joel (Susan) Quiram of Princeton and Quint (Tracy) Quiram of Princeton. Two Daughters Molly (Christopher) Romagnoli of Princeton. Abby (Mark) Ptak of Peru; Eight Grandchildren Blake Quiram, Jacob and Taylor Quiram, George (Jessica) Kosmach, Alex (Special Friend Brenda), Katie (Ryne) Birkey, Elizabeth Romagnoli, Kimberly Scott and 2 step grandchildren Sara and Dylan Ptak; Five Great Grandchildren; one sister Gloria (Melvin) Winkler of Washburn. Several nieces, nephews and cousins He was preceded in death by his parents. Memorials may be directed to St Jude’s Children’s Hospital Peoria, St Louis Church, OSF Hospice or OSF In-home Care. On line condolences and remembrances can be shared at PtakFh.com.
To order memorial trees or send flowers to the family in memory of Duane F. Quiram, please visit our flower store.