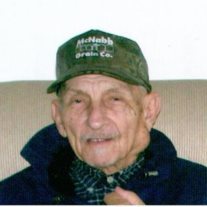 Edward H. Kordzinski 77 of Peru. Died 9:13 am March 3, 2014 in his home, following an extended illness. Private graveside services will be at Peru City Cemetery. Ptak Funeral Home is assisting the family with the arrangements. Edward was born October 1, 1936 in Sroda, Poland to Bronislaw and Veronica (Wiechorek) Kordzinski. He worked as Machinist for many years. He was a longtime patron of John’s Place in Peru. Edward is survived by 2 daughters Laura Lunn of Daytona, FL, Linda (Pat) Christman of Covington, IN., 2 sons Ed, Jr. (Michele) Kordzinski of La Salle and Leo (Shani) Kordzinski of Frankfort, IL, 10 grandchildren and 2 Great Grandchildren. He was preceded in death by his parents and 1 Son Henry
To order memorial trees or send flowers to the family in memory of Edward H. Kordzinski, please visit our flower store.