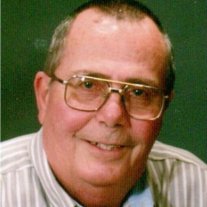 Gerald W. Gingerich 74, of Peru. Died 11:15 pm December 10, 2013 in his home. Services will be Saturday 11:00 am in the Ptak Funeral Home. Pastor Wm. Dale Pederson of the First Congregational Church of Peru will officiate. Burial will be at Peru City Cemetery. Visitation will be Friday 5-8 pm in the Ptak Funeral Home and also Saturday morning from 10-11 am in the funeral home. Gerald was born July 26, 1939 in Peru to Rudolph and Ruby (Rice) Gingerich. He married Shirley Richards-Sadnick December 17, 1960 in Tonica Methodist Church. He worked at Westclox, Conco of Mendota and then retired from Caterpillar Company in Mossville where he was an engineering Supervisor up till his retirement in 2001. He was a member of First Congregational Church Peru, Oglesby Elks#2360, South Shore Boat Club and Masons Magnolia Lodge #0103 and past Treasurer of the Peru Rescue Squad. Survivors include his wife Shirley of Peru, 3 sons Frank Sadnick of La Salle, Jay (Nikki) Gingerich of Peru and Gary (Beth) Gingerich of Tonica. 4 Grandchildren Adam, Austin and Jared Sadnick and Holly Gingerich. 1 Brother Bill (Kay) Gingerich of Champaign. He was preceded in death by his parents, 1 son Scott and 1 Brother Dennis and a sister in Law Janice. Pallbearers will be Adam, Austin and Jared Sadnick, Darrell, David and Mark Gingerich and Kristina Miller
To order memorial trees or send flowers to the family in memory of Gerald W. Gingerich, please visit our flower store.