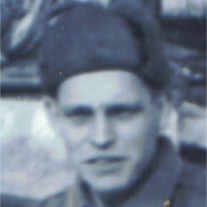 Harry E. Mitchell 75 of Oglesby. Died December 9, 2018, in his home Funeral services will be 11:00 AM Saturday in the Ptak Funeral Home. Rev Marc Strand will officiate. Burial will be private. The Peru Veteran’s Memorial Group will conduct military rites following the services. Visitation will be Saturday from 9:00 AM till time of services in the funeral home. Cremation rites have been accorded. Harry was born August 25, 1943, in Charleroi, PA. to James F. and Hilda F. (Peltzer) Mitchell. He married Susan Perry July 31, 1965, in the First United Methodist Church Morris, IL. Harry proudly served in the Army from 1962-1965, stationed in Germany. He worked as a Mechanic. During the FTX Frosty Lion Exercise in 1964, he distinguished himself by performing in extremely harsh conditions. He was honorably discharged as Spec 5. Harry owned and operated Mitchell’s Heating and Air Conditioning in Morris for 4 years. He then worked for Chapman’s Heating and Air Conditioning in Peru for many years. He was a former member of the Amvets, Life Member of the Peru VFW #8232 and was Past President of Peru CSO and served his presidency during Peru’s 150th Celebration. Harry loved, collected and rebuilt many tractors. Harry is survived by his wife Susan of Oglesby, 2 daughters Florence Elizabeth (Daniel) Witalka of Peru, Kelly Sue (Paul) Gosh of Twin Lake, MI. 3 sons Lawrence Calvin (Elin Arnold) Mitchell of Tonica, Robert Alan (Diana) Mitchell of Union Mills, NC and Christopher Michael Mitchell of Oglesby. 10 Grandchildren Lawrence, Jessica, Rebecca, Perry, Timothy, Jennifer, Cara, Johnathon, Brandon and Nicole. 9 Great Grandchildren and 1 Great -Great Granddaughter. 1 Brother James Francis Mitchell of NC and Mary Ellen Carrol of Morris, IL, and Several Nieces and Nephews. Harry was preceded in death by his parents, 2 sisters and1 Brother.
To order memorial trees or send flowers to the family in memory of Harry Edward Mitchell, please visit our flower store.