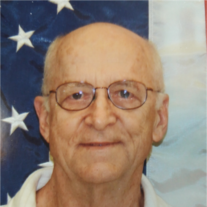 John C. Kurtz 85 of Peru. Died 4:08 AM February 16,2017 in Genesis Medical Center in Davenport. Mass of Christian Burial will be 10:00 AM Monday in St Valentine Church. Monsignor J. Brian Rejsek will officiate. Cremation rites will follow the services. Peru Veterans Memorial Group will conduct Military honors at the church. Burial will be at a later date in St Valentine Cemetery. Visitation will be Sunday from 4-7 PM in the Ptak Funeral Home and an additional Visitation will be Monday in the church from 9:00 AM till time of services. John was born October 29,1931 in La Salle to John H. and Anna (Dziurzynski) Kurtz. He married Irine Koerner April 24,1954 at St Valentine Church. John was a 1949 graduate of La Salle Peru Township High School. He served overseas in the army in the Korean War. John had a TV repair business in Peru and then went to work for Libby-Owens Ford in Naplate for over 31 years retiring in 1989. John was a member of St Valentine Church, where he was a Eucharistic Minister for many years. He was also a EMT for the Peru Ambulance for 23 years. John was also a member of Knight of Columbus Calvert Council La Salle, Eagles Club of Peru, the Peru VFW and American Legion. John is survived by his wife Irine of Peru. His son Charles (Linda) Kurtz of Bolingbrook. 2 grandchildren Dana (Michael) Antonelli of Mahomet, IL and Christopher (Ashley Senesac) Kurtz of Seki, Japan, 1 Great Granddaughter Amelia Antonelli and several niece and nephews. John was preceded in death by 2 sons in infancy, 1 sister and 1 brother.
To order memorial trees or send flowers to the family in memory of John C. Kurtz, please visit our flower store.