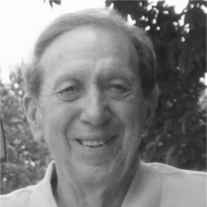 John G. Simcich, 87, of Peru. Died 2:38 AM May 26, 2017, in IVCH Peru. Services will be 9:30 AM Friday, June 2 in Ptak Funeral Home with a 10:00 AM Mass of Christian Burial at St Valentine Church. Monsignor J. Brian Rejsek will officiate. Burial will be at St Valentine Cemetery. The Peru Veteran’s Memorial Group will conduct graveside military Honors. Visitation will be Thursday, June 1 from 4-7 PM with a prayer service at 4:00 PM and an additional visitation will be on Friday morning from 9:00 to 9:30 AM in the funeral home. John was born October 10, 1929, in Naplate to Jack and Catherine (Machetta) Simcich. He married Dolores Kowalczyk October 27, 1956, at St Valentine Church. She passed away in 1985. He married Phyllis Tuftee September 24,1994 at Holy Trinity Church in Cherry. John served his country in the Army during the Korean War. He received the Korean service medal with 2 Bronze service stars. He was an employee at Libby Owens Ford in Naplate, IL for 42 years and a member of St Valentine Church. John coached little league baseball for a number of years and took great pleasure in teaching kids about the game and about life. He was also a passionate supporter of his children and grandchildren, attending their various sporting and social events whenever he could. John enjoyed woodworking and crafted many cherished items for family and friends. Whether it was on the golf course, fishing on the Lake or just meeting up for a drink, John treasured the camaraderie he had with all. Survivors include his wife Phyllis of Peru. 1 daughter Lynn (Kent) Zellmer of Granville. 2 sons Dave (Cindy) Simcich of Pewaukee, WI and Ken (Ronda) Simcich of Utica. 3 stepsons Jon (Tana) Tuftee of Knox City, MO., Scott Tuftee of Redwood City CA. and Kurt (Kala) Tuftee of Cottage Grove, MN. His grandchildren Brittany, Brent, Lindsay, Jordan, Jaira, Hannah, Jonathan, Cassidy, Brady, Taylor, Josh and 4 Great Grandchildren. 1 sister Marie Helgeson of Naplate and 1 brother James Simcich of Ottawa. He was preceded in death by his 1st wife Dolores in 1985, 1 daughter Leslie in 2014 and 1 sister Eleanor in 2010. John’s Grandchildren will be his pallbearers.
To order memorial trees or send flowers to the family in memory of John G. Simcich, please visit our flower store.