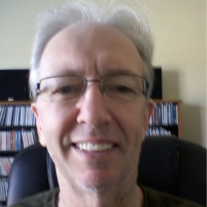 Kenneth J. “Ken” Kramarsic 67 of Calabash, NC formerly of La Salle. Died February 4, 2017 at the Veterans Home in La Salle. Services will be 9:30 AM Friday in the Ptak Funeral Home with a 10:00 AM Mass of Christian Burial at St Valentine Church. Rev Gregory Jarzombek OSB will officiate. Burial will be at St Vincent Cemetery. The La Salle- Oglesby Veterans Memorial Group will conduct graveside military honors. Visitation will be Thursday 5-8 PM in the funeral home with 7:45 PM prayer service. There will be an additional visitation on Friday morning in the funeral home from 9:00 to 9:30 AM. Ken was born June 14, 1949 in La Salle to August and Vera (Nixon) Kramarsic. He married Kathleen Piotrowski September 7, 1990 in Ottawa. Ken was a 1967 graduate of La Salle-Peru Township High School where he still owns the record in Baseball for highest batting average of .562 for the past 50 years. He received his Associates degree in speech from Long Beach City College in Long Beach California. Ken was an avid White Sox fan and Music lover. Ken served in US Air Force from 1969-1973. He was awarded the National Defense Service Medal, Air Force Good Conduct Medal, Air Force Outstanding Unit Award, and Small arms Expert Marksmanship ribbon, Presidential Unit Citation, Vietnam Service Medal and the Republic of Vietnam Campaign Medal. Ken began his career as postal carrier in California. He then transferred back to the La Salle Post office. Ken then transferred to Bloomington Post Office and retired from there as a Postal clerk. He then along with his wife retired to Calabash, NC. Ken is survived by his wife Kathleen of Calabash, NC. and his brother Paul Kramarsic of La Salle. Ken was preceded in death by his parents. Pallbearers will be Stan Draper, Jay Finn, Dennis Curless, Steve Ganze, Jim Janko, Jeff Newcomer, Gary Ghighi, Gary Sonnenberg and Doug Kramarsic. .
To order memorial trees or send flowers to the family in memory of Kenneth J. "Ken" Kramarsic, please visit our flower store.