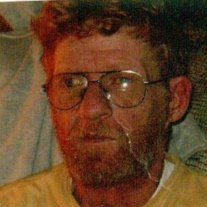 Kenneth R. “Red” Leffelman 54 of Peru, Died April 28 in his home following a lengthy illness. Services will be Wednesday 7:00 pm in Ptak Funeral Home. Pastor Steve Sheridan will officiate. Burial will be private at a later date. Visitation will be Wednesday from 5-7 PM in the funeral Home. He was born May 15, 1958 in Peru to Richard and Lucetta “Sissy” (Helsley) Leffelman Sr. He was a self employed carpenter in the area for many years. He was a member of the La Salle Horseshoe League. He is survived by 1 son Brian Leffelman of Kenosha, WI. 1 daughter Kendra (Mario) Mejia of Dallas, TX. 2 Grandchildren Mario and Charlotte. 3 Brothers Lefty Leffelman of La Salle, Paul Leffelman of Peru and Jerry Massatt of Iowa. 2 sisters Mary Leffelman-Trunk of Ottawa and Cindy Burnette of Peru. A special friend Donna Piontek of La Salle. Several nieces and nephews and a great niece. He was preceded in death by his parents and 1 brother Richard in 2008. On line condolences and remembrances may be shared at PtakFH.com
To order memorial trees or send flowers to the family in memory of Kenneth Red Leffelman, please visit our flower store.