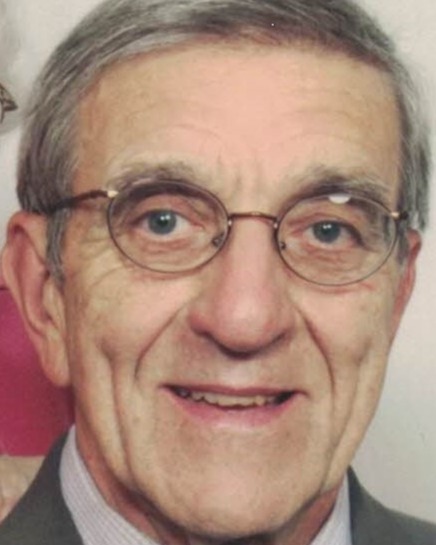 Mass of Christian Burial will be 11:00 AM   Saturday January 7, 2023, at St Valentine Church. Rev J A Small will officiate. Burial will be in Peru City Cemetery. The La Salle-Oglesby Veterans Memorial Group will conduct graveside honors.

Leonard was born October 16,1930 in La Salle to Casimir and Hattie (Pilarek) Hybki, Sr. He married Anita Suarez on July 6,1957 in St Mary church in Depue. Leonard retired from Letterkraft/Creative Services in 1993, where he was production manager. He also worked at Westclox, Wayside Press (Donnelley's) and Ink Well Press in Peru until 2008 when he fully retired.

Leonard served during the Korean War with the 8th Army 511 Military Intelligence Co. as a staff Sergeant and Intelligence Analyst. Leonard was a member of St Valentine Church and a life member of the Peru American Legion, LaSalle VFW, La Salle Knights of Columbus, and Peru CSO.

Leonard is survived by his daughter Susan (James) Sanford of Hoffman Estates, Il

Leonard was preceded in death by his wife Anita 2 brothers Casimir Jr and Floyd and 3 sisters Frances Ziegler, Rosemary Biagi and Agnes Martyn.

Memorials may be directed to the Veterans Home La Salle

To order memorial trees or send flowers to the family in memory of Leonard M. Hybki, please visit our flower store.