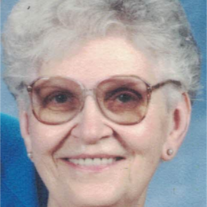 Loretta V. Stirratt 85 of Peru. Died October 5, 2016 in her home. Memorial Mass will be 10:30 AM Wednesday October 12, 2016 at St Mary’s Church. Monsignor J. Brian Rejsek will officiate. Cremation rites have been accorded. Burial will be at Peru City Cemetery. Ptak Funeral Home is assisting the family with the arrangements. Loretta was born December 29, 1930 in Peru to George and Martha (Jaraczewski) Szczepaniak. She married James F. Stirratt June 2, 1952 at St Mary’s Church in Peru. Lorretta worked at Westclox and then worked for B&M Laundry in Peru for over 20 years. She was a member of St Mary’s Church. Loretta is survived by her daughter Lori (Terry) Nelson of Utica. 5 Grandchildren and 16 Great Grandchildren and Several Nieces and nephews. Daughter in law Cindy Stirratt Fleener of Iowa. Loretta was preceded in death by her husband and her son James K. Stirratt in 2012. 1 Granddaughter and 1 Grandson, 4 Brothers and 3 sisters.
To order memorial trees or send flowers to the family in memory of Loretta V. Stirratt, please visit our flower store.