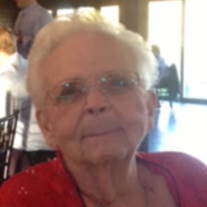 Marion E. Bertrand 92, of Spring Valley, passed away painlessly and peacefully at 9:51 pm November 14, after a short illness in her home surrounded by her children, grandchildren those that loved her dearly. Funeral services will be Thursday 7:00 PM in Ptak Funeral Home in Peru. Rev Gregory Jarzombek OSB will officiate Visitation will be Thursday in the funeral home from 4-7PM. Cremation rites will follow the services. Burial will be at a later date in Valley Memorial Park in Spring Valley. Marion was born July 8, 1924, in Peru to Louis M. and Jennie (DeMesy) Ptak. Marion attended St. Mary’s school before attending St. Joseph’s Business school for 2 years then to LP graduating in 1942. She graduated from Worsham School of Mortuary Science in 1944 holding an embalming and funeral director’s license from 1944-2004. She also worked at Kriske’s in LaSalle and then Shea’s Cleaners until she married Leroy A. Bertrand July 14, 1945, in Washington DC. She then joined LeRoy as a partner in Bertrand’s Musical Laboratories, Spring Valley and became a full-time home keeper. She was a member of St. Anne’s Church, Spring Valley, St. Anne’s Sodality, President of the Spring Valley Women’s Club, Board member of the Spring Valley Little League for many years. She also helped form and develop the Spring Valley Girls Softball league, coached and served on board for ten years. She was a member of the Hall band booster club, Spring Valley Schools PTA member and officer, she was on the inaugural YMCA board in the Illinois Valley. She was also involved as a troop leader in Cub Scouts, Boy Scouts and Girls Scouts for many years. She loved softball and White Sox baseball, she was an avid flower gardener and had a passion for fishing locally and in Ottertall Lake MN. She was a skilled seamstress and upholsterer. She loved her dachshund dogs and birds. She never missed an event of her children or a New Year’s Eve party. Marion is survived by 3 daughters Judy Ajster of Spring Valley, Mary Miller of Scottsdale, AZ., and Jeanne (John) McKenzie of Wausau, WI. 3 sons Leroy (Diane) Bertrand of Spring Valley, David (Diane) Bertrand of Scottsdale, AZ and Louis (Anna) Bertrand of La Salle. 14 Grandchildren and 7 Great Grandchildren. Marion was preceded in death by her husband in 2008, her Grandson Leroy B Bertrand, 3 sisters and 4 brothers. Online condolences and remembrances may be shared at PtakFH.com
To order memorial trees or send flowers to the family in memory of Marion E. Bertrand, please visit our flower store.