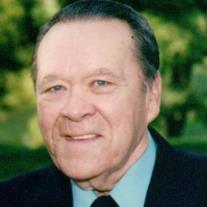 Melvin I. “Sonny” Stevens 74 of Peru. Died 6:00 AM March 14, 2015 in St Francis Medical Center Peoria. Funeral services will be Tuesday 8:00 Pm in the Ptak Funeral Home. Monsignor J. Brian Rejsek will officiate. Burial will be private at a later date. Visitation will be Tuesday from 4- 8 Pm in the funeral Home. Melvin was born April 14, 1940 in La Salle to Ira and Velma (Kessel) Stevens. He was 1958 graduate of La Salle-Peru High School. He married Rose Mayszak March 6, 1965 in Peru. Mel retired from Caterpillar Co. on Aurora after 32 years. Mel then worked security at Veterans Home of La Salle and then retired from Hy Vee Grocery store in Peru. He served in Marine Corp from 1957-59 and then served in the Air Force from 1960-62. He was a past Commandant and Sergeant at arms for the Marine Corp. League in Oglesby. He was a member of St Valentine Church. Mel is survived by his wife of Peru, 2 daughters Tina (Adel) Khoija of La Salle and Tracie (Allan) Willis of La Salle. 1 son Thomas (Cristy) Stevens of Tonica. 11 Grandchildren and 4 Great Grandchildren. 3 sisters Evelyn Stevens of Sarasota, FL., Pam (Mike) Hubbard of Rock Falls, IL and Teri Moore of La Salle and 1 brother Ken (Peggy) Stevens of Spring Valley. He was preceded in death by his parents and 1 son and 1 Grandson.
To order memorial trees or send flowers to the family in memory of Melvin I. "Sonny" Stevens, please visit our flower store.