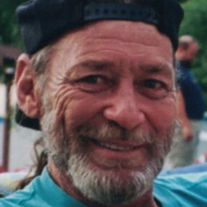 Richard J. Dombrowski 69 of Peru. Died 10:08 PM April 24, 2016 in the Veterans Home at La Salle. Funeral services will be Thursday 10:00 AM in the Ptak Funeral Home with Monsignor J. Brian Rejsek officiating. Burial will be in St Valentine Cemetery. The Peru Veterans Memorial Group will conduct full military honors. Visitation will be Wednesday from 4-7 PM in the funeral home and also Thursday morning from 9:30- 10:00 AM in the funeral home. Richard was born December 26, 1946 in Peru to Frank and Birdie (Brittingham) Dombrowski. He served in the US Army during the Vietnam War, receiving a Vietnam Service and Campaign Medal. He worked as a laborer for Carus Chemical for many years and then moved to Florida and worked where he worked as a carpenter up till his retirement. He was a proud member of AA for 19 years. Richard was an avid Harley Davidson rider and enthusiast. He especially loved his family and his Grandchildren. Richard is survived by 3 daughters Michele (Don) Faletti of Peru, Karissa (Greg) Pettet of Peru and Amanda Stein of Princeton. His grandchildren Chelsea, Sydney, Corbin, Grace, Isabelle, Caitlyn and David. 1 Brother Frank (Edith) Dombrowski of Texas. He was preceded in death by his parents and 1 brother Robert “Lefty” Dombrowski.
To order memorial trees or send flowers to the family in memory of Richard J. Dombrowski, please visit our flower store.