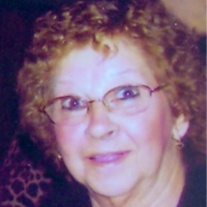 Rose Kordzinski Weber, 80 of LaSalle passed away 9:19 a.m. April 3, 2019, in OSF Health Care, Peoria. Funeral Services will be Monday at 6:00 p.m. in the Ptak Funeral Home. Deacon John Murphy will officiate. Cremations rites will be accorded. Visitation will be from 2 p.m. until time of service in the funeral home. Rose was born March 7, 1939, in Chicago to Marion and Clara (Jacobson) Sorce. She married Ed Kordzinski on October 28, 1959, and later divorced. She married Dan Weber on June 27, 1987, and he passed on January 17, 1993. Rose was a factory worker for many years at Huntsman Chemical and retired from Pretium Packaging. Rose loved spending time with her family and grandchildren, they were her everything. She also enjoyed face timing with her most recent new great-granddaughter, Weaver. She had many lifelong friends that she remained in contact with up to her final days. Rose is survived by two sons, Ed (Michele) Kordzinski of LaSalle and Leo (Shani) Kordzinski of Frankfort; two daughters Laura Lunn of Port Orange, FL and Linda (Pat) Chrisman of Covington, IN; one brother Jake (Connie) Sorce of Streator; three sisters Mary (George) Carrier of Mountain Home, AR, Fran (Larry) Kipp of Kingman, IN, Sandy (Doug) Taylor of Belmore, IN; ten grandchildren, Kenny and Jenell Lunn, Corey and Blake Roderick and Adam Chrisman, Savanna, Ryder, Rocston Kordzinski, Megan Kordzinski Winn and Kristin Kordzinski Russell; six great-grandchildren, Weaver Joy Roderick; Dakota and Kaiden Winn; Carter, Carson and Colby Russell. She was preceded in death by her husband, Her son Henry Kordzinski in 1990, her twin sister Rose Lee Lamboley in 2002, sisters Lydia “Chick” Lamboley in 2003 and Marge Reeland 2005. Online condolences and remembrances may be shared at PtakFH.com.
To order memorial trees or send flowers to the family in memory of Rose Kordzinski Weber, please visit our flower store.