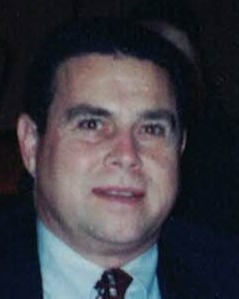 He is preceded in death by his parents and two brothers, Michael, and Robert. He is survived by his wife, Kellie English Staab, Oakland, sons, Matthew of LaSalle, and Corbin of Oglesby, and stepdaughter, Rachel (Timothy) Leslie of Colorado Springs, CO. He also leaves behind his 18- year-old cat, Smudge and his 2-year-old Boxer, Ali.

Stephen was a 1976 graduate of LaSalle-Peru Township High School. He was a big sports supporter there with season tickets every year to football and basketball home games. Even after moving to TN, he listened to or watched every game he could find.

Stephen graduated from Worsham College of Mortuary Science in 1987 and worked as a funeral director for more than 30 years, several at his own funeral home in LaSalle, Shimkus-Helmer-Staab. He continued to serve families from Ptak Funeral Home before retiring in 2019.

There will be no service at this time, but a celebration of life will be held at a date to be announced later.  Ptak Funeral Home has been entrusted with the arrangements.

To order memorial trees or send flowers to the family in memory of Stephen James Staab, please visit our flower store.