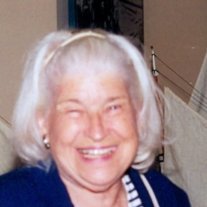 Twila June (Kincheski) Mazzorana, 85, formerly of Peru, passed away at 1:30pm on Monday, June 10, 2013 at Walnut Manor nursing home in Walnut, IL where she resided for the last three years. Visitation will be from 1pm – 4pm on Sunday, June 16 at Ptak Funeral Home in Peru. Burial will be private in Peru City Cemetery. Cremation rites have been accorded. Twila was born on December 1, 1927 in Peru to Frank and Hazel (Hockings) Kincheski. She married Dell Mazzorana in Peru, on March 1, 1947. She worked at EUC in LaSalle and later at Bogart’s Restaurant in Dalzell. Twi loved to cook and bake for her family and friends. She was a great bingo lover and also played a mean game of Scrabble. She will be missed by many. She is survived by her; her sons Mark (LaDonna) Mazzorana, Hannibal, Mo, Dave Mazzorana, Warrenville, IL, Tom Mazzorana, Mission Viejo, CA and Paul Mazzorana, Chicago, IL; by her sisters Mildred Stevenson of Peru and Carol (Bill) Gerber of La Salle her grandchildren Garrett Mazzorana, Hannibal, MO, Cody Mazzorana, Princeton, Will Mazzorana, Hannibal, Mo, and Andrew and Imani Mazzorana, Chicago and her nieces and nephews. She was preceded in death by her husband Dell Mazzorana, her son Tim Mazzorana and her sister Phyllis Hageman. On Line condolences and remembrances may be shared at PtakFH.com
To order memorial trees or send flowers to the family in memory of Twila Mazzorana, please visit our flower store.